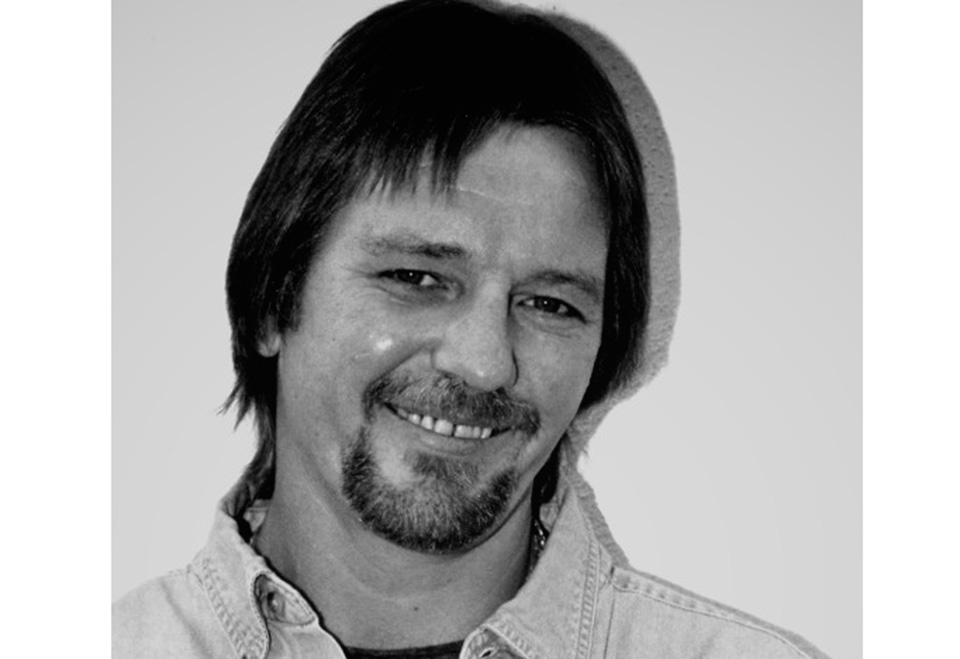 In 1985 Dennis Halstead, John Kogut, and John Restivo were arrested and convicted in Nassau County, NY for the 1984 rape and murder of Teresa Fusco. In June 2003, 18-years later, all three were released from prison as a result of Nina Morrison of the NY Innocence Project locating an intact vaginal swab that DNA testing proved scientifically that none of the defendants were a match for the DNA left by her rapist/murderer. Their freedom was the result of an arduous 10-year reinvestigation by Centurion Ministries’ Kate Germond who was late joined in effort by the New York Innocence Project and Pace Law School.

In 2005, the Nassau County District Attorney’s Office decided to retry John Kogut, with the hope that a guilty verdict would be the springboard to the later retrial of Halstead and Restivo. The State chose to retry John Kogut first because in 1985, after over 18 hours of interrogation, he gave a videotaped false confession (a confession proven false by the DNA results) that inculpated all three men in the assault and murder of the victim. The State believed the videotaped confession, in combination with a new junk science theory, asserting the time semen was deposited in the victim’s vaginal cavity could be fixed, would explain away the DNA exclusions and result in Mr. Kogut’s conviction. Mr. Kogut’s case was clearly seen as a dry run for the later prosecution of Halstead &amp; Restivo.

Paul Casteleiro, Mr. Kogut’s attorney, and Kate Germond spent the better part of 2005 preparing for and trying the case for Mr. Kogut. Pretrial hearings began in April 2005 and lasted through August. In October of the same year, a three month long bench trial began and resulted in a finding of actual innocence of John Kogut. This finding by the trial judge was so sweeping that the prosecution dropped the indictment against John Restivo and Dennis Halstead one week after the verdict. Finally, after 18 long and painful years in prison, for a crime they had nothing to do with, all three men were completely vindicated.

Sixteen-year-old Theresa Fusco was last seen alive in November 1984 leaving her place of employment during the early evening hours. Tragically, her naked and strangled body was discovered a month later in woods several blocks from her job. Further examination revealed she had been raped. Over the next few months, police desperately searched for the killer. Many young men were interviewed and polygraphed, but no arrests were made. Then in March 1985, John Restivo was brutally interrogated for over 18 hours. During the interrogation, he mentioned John Kogut’s name to police simply describing Kogut as a friend of a friend; there was nothing inculpating about his comments regarding Kogut. Several weeks later, 21-year old John Kogut, a local landscaper, was brought in for questioning. Kogut had finished a day of labor-intensive work, and at the time police picked him to bring him in, he had just finished drinking a couple of beers and smoking a marijuana cigarette. Police polygraphed/interogated him for three hours and then told him he had failed the polygraph. (Centurion learned while reinvestigating the case, he had passed the polygraph.) He then endured 15 hours of intense interrogation and allegedly gave six varying confessions, and in none of them did the police maintain they obtained any information that they did not already know. In the end, the sixth version was videotaped. In the alleged confession, Kogut inculpated Halstead and Restivo as the individuals who raped the victim, just as the police wanted him to do. At the time Kogut was interrogated the police had already obtained an eavesdropping warrant for Dennis Halstead’s home, and were following John Restivo’s van. Kogut’s confession merely provided an actor to perform the script that the police had already written. Despite all three men being acquainted with each other, they were not friends and did not hang out together.

At the original trial in 1985, the State’s theory of the case was that the three men, using Restivo’s blue van, abducted, raped, and murdered the victim, Teresa Fusco; and then immediately dumped her body in the woods not far from where they abducted her. Each defendant pleaded not guilty at trial. Kogut, who was tried first, testified that his confession was coerced and that he knew nothing about the murder. Evidence against Halstead and Restivo consisted of jailhouse informants and acquaintances that had been arrested or had outstanding charges pending and therefore were lying to obtain favorable treatment. Police alleged that hairs belonging to the victim were found when the Restivo van used in abducting, raping, and transporting the victim once killed was swept for evidence.

Neither Halstead nor Restivo had a criminal record. Kogut had been arrested previously for non-violent offenses. All three men had very good alibis.

The confession was the strongest piece of evidence against Kogut at his first trial. The reason that this evidence held so much sway is that juries and judges, like the general public, typically do not believe that people confess falsely. Today, experts are capable of showing a clear and strong correlation between specific interrogation tactics practiced by some police and how they can easily result in a completely false confession, but these experts are often not allowed to testify.

Fortunately, Mr. Kogut’s 2005 re-trial judge, Victor M. Ort, J.S.C., was of the view that the expert on false confessions that Centurion retained, Dr. Saul Kassin, a social psychologist and professor at Williams College, should be able to testify in order to educate the jury on the phenomena of false confessions. In a first of its kind ruling in the State of New York, Judge Ort allowed the testimony of a false confession expert as necessary to evaluate the credibility of Mr. Kogut’s confession. Dr. Kassin testified, explaining exactly how a person can be persuaded to confess falsely. Typically, interrogators isolate a suspect, interrogate him for extremely long periods of time, often without sleep or food, to create an environment of hopelessness in the suspect. The whole point of the police interrogation is to obtain a confession from the suspect the police have already concluded is guilty. Often, at a certain point, the person comes to believe that the only way out of this intolerable situation is to agree to do or say whatever is asked of him so that the interrogation will end.

The 2005 re-trial also brought a fascinating scientific discovery into the spotlight: forensic examination of post mortem root hair banding. Eight to twelve hours, at the earliest, after the time of death, a post mortem artifact that looks like a band can begin to appear underneath the scalp of antigen hairs (hairs in the active growth stage) still attached to the head of a deceased person (shed hairs do not band). This was important because the State insisted that banded head hairs from the victim were found in the van belonging to John Restivo, therefore establishing she was in the van. The State, however, maintained, based on Mr. Kogut’s confession, that the body of the victim had been in the van only a matter of minutes. The problem with the State’s proofs was that the hairs it maintained belonged to the victim clearly showed the presence of post mortem root hair banding. If post mortem banding was present on the victim’s hairs, it was impossible that the hairs had been left in the van by the victim during the commission of the crime because she was not in the van after her death long enough for post mortem banding to have occurred. Furthermore, the hairs belonging to the victim, which were supposedly found in the van, were in pristine condition and indistinguishable from the hairs of the victim taken during her autopsy. All the other hairs recovered from the van, not alleged to be the victim’s, were dirty and broken due to being in the van for a period of time. Therefore, the alleged hairs of the victim were either planted by the police or, through negligence, hairs recovered from the van were inadvertently co-mingled with pulled autopsy head hairs. It should be noted, at the time of the crime, Mr. Restivo’s van was actually up on blocks and not drivable due to failed brakes; a fact to which many defense witnesses testified.

During the re-trial, the district attorney attempted to ambush the defense by bringing in an alleged expert to say that he could fix the time of coitus by counting the white blood cells. He testified that based on his analysis of a microphotograph of the vaginal slide, the semen found in Ms. Fusco was deposited several hours before her abduction. The district attorney’s new theory was that the victim had consensual sex the day she was killed and then was raped by Kogut, Halstead, and Restivo with none of them leaving any biological matter, e.g. seminal fluids, in her vaginal cavity. This theory was very different from the first trial, pre-DNA days, when the district attorney claimed the seminal fluid found had to belong to Kogut, Halstead, and Restivo because the victim was a virgin. The problem with the professor’s testimony was that his statistics were based on results of studies done on healthy, sexually active, infertile women! This professor had never done any studies on circumstances such as in our case: a teenaged female, dead for a month, with an unknown fertility rate, and with no documented sexual history. Centurion was able to bring in several scientists to completely debunk the attempted quackery being promulgated by the district attorney.

Over the three months of re-trial, the defense team shot down the State’s case with solid examinations and explanations from renowned experts in each field. On December 21, 2005, the trial judge, Hon.Victor Ort, J.S.C. pronounced John Kogut not guilty. The Judge found that the alleged confession was not credible and that he did not believe the only physical evidence in the case — the hairs from Fusco that police said they found in Restivo’s van — were ever actually in the van.

Promptly thereafter, on December 28, 2005, prosecutors dropped all charges against Kogut’s co-defendants, John Restivo and Dennis Halstead. No announcements regarding a search for the real rapist/murder have been offered by the State.

It is alarming that the Nassau County District Attorney’s Office tried so blatantly to dismiss the DNA results in this case. Much of what went on during the retrial of John Kogut was scientifically groundbreaking and, therefore, was closely followed by various scientific communities. Had the prosecution prevailed, the floodgates could have been opened for other unscrupulous prosecutors to challenge good DNA exclusions.

John Kogut has struggled to find his way since his release in prison in 2003.