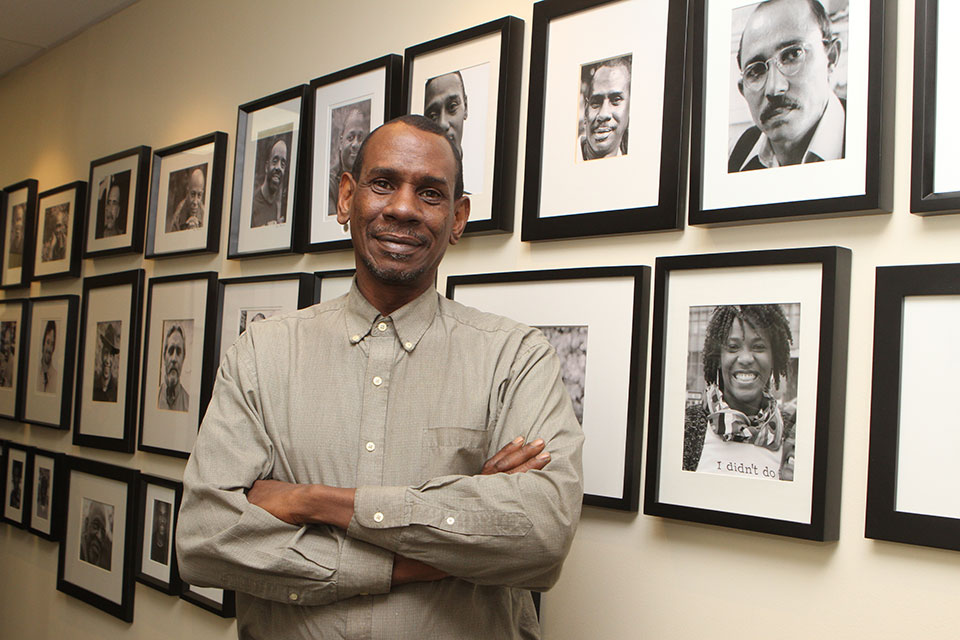 Ed Baker in the Centurion Offices

After spending 26 years in prison for the robbery/murder of a south Philadelphia, PA retiree, Edward Baker was freed in December 1999 when a judge ruled that “there is evidence pointing to perpetrators other than the petitioner”. At a 1996 evidentiary hearing, the star witness against Baker remorsefully told the Judge that he was the real killer and that he falsely incriminated Baker at the original 1974 trial to spare himself a natural life prison sentence.  Inspired by Centurion Ministries to tell the full truth, the recanting killer also named his confederates in this crime which Centurions’ investigation was able to corroborate to the satisfaction of the judge.

Once freed, retrial seemed imminent.  However, when the DA was presented with Ed Baker’s refusal to accept any kind of a plea agreement, a passed polygraph conducted by a nationally renowned polygrapher, and a witness list that included twelve alibi witnesses, the DA agreed that a retrial was pointless.  On February 11, 2002, the Philadelphia District Attorney’s office decided not to retry Mr. Baker and all charges were dropped.

While in prison, Ed became skilled in electrical work.  After he was released, Ed pursued the electrical workers examination and passed it.  One of his first jobs as an electrician was working at Veteran’s Stadium in Philadelphia, PA.