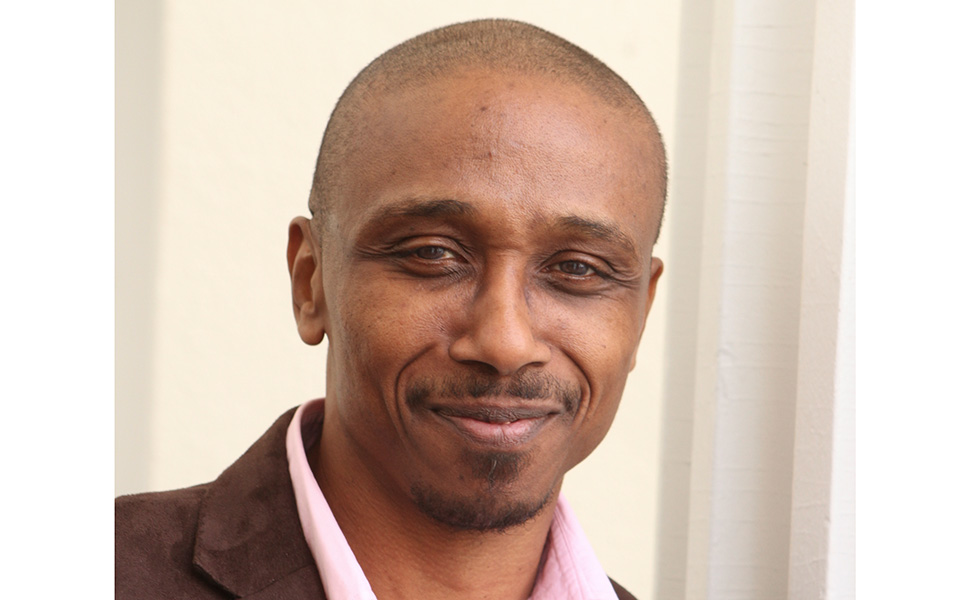 Charge: murder, assault with a deadly weapon and armed robbery

Mark Schand served 27 years for a murder he did not commit. He was 30 miles away, in Hartford, CT, when a drug deal outside the After Five club in Springfield, MA, turned into an armed robbery. Victoria Seymour, an innocent bystander died after being struck by a stray bullet. Anthony Cooke was injured but survived. Six men, all of whom were involved in the robbery, identified Mark Schand as the shooter; three of them later recanted. All six received non-custodial sentences for their outstanding, multiple felony charges in exchange for their testimony against Mark Schand. There was no physical evidence to implicate Mark in the crime and six witnesses supported his alibi: that he had had a painful dental procedure that morning and was at the hair salon where his girlfriend worked in Hartford, CT all evening, including while the crimes transpired.

Mark’s record while incarcerated was virtually spotless. He worked with attorneys and several investigators his family hired in efforts to prove his innocence. His wife Mia visited him every week and raised their children while working at two jobs. Unfortunately, Mark also developed a brain aneurysm while incarcerated which now requires careful monitoring.

Centurion began re-investigating Mark’s case in 2010 and found new evidence including: new witnesses; an alternate suspect; evidence of false testimony; and official misconduct. Some of the prosecution’s witnesses had collaborated to falsely identify Mark in exchange for leniency in charges pending against them. Another witness called to impeach Mark’s testimony was himself the liar.

The new evidence Centurion uncovered allowed his attorneys to file a successful Motion for a New trial in March of 2013. Hearings on the motion took place in August and September, after which the District Attorney filed papers saying he did not oppose a new trial. Judge C. Jeffrey Kinder granted the motion for a new trial and released Mark on October 4, 2013. On October 16, all charges were dismissed. In August of 2015, Mark received $450,000 compensation from the state for wrongful incarceration.

Today, Mark and Mia Schand live in Connecticut near their adult children and their grandchildren. They are a close knit family. Mark has opened three smoothie shops in CT, as the first step in starting an organization to help parolees. Mark also gives talks about his experiences with the Criminal Justice System.

The crime.
On September 2, 1986, Charles “Heavy” Stokes and his brother David Stokes tried to sell drugs to Anthony Cooke and Michael Hosten outside the After Five club in Springfield, MA. All four men were still in the area at around 11:15 pm when two other men they did not know approached the Stokes brothers to buy cocaine. While Heavy showed the cocaine, one of the men grabbed at his gold chain or the cocaine. Anthony Cooke then grabbed at the man who tried to steal from the Stokes brothers. That man pulled a gun and started shooting, hitting Cooke in the shoulder and Victoria Seymour, an innocent bystander in the back. Cooke survived while Victoria Seymour later died. The shooter and the second unknown man left in a custom blue and white van with Connecticut license plates. There was no physical evidence at the crime scene to implicate Mark Schand.

The investigation and trial.
The day after the shooting 16 year-old Lavon Dixon told police that he and a 15 year-old friend, Al Chase were sitting at a Pizza King restaurant near the crime scene when six men came in to inquire about a gold chain stolen two days earlier. Four of the men left in a blue and grey custom van with Connecticut license plates; the other two left in a car.

Three weeks later the Springfield police showed Dixon booking photos from the Hartford police department including photos of Mark Schand and his brother Roger Schand. Dixon said he was “50% sure” that Mark Schand had been in the group at the restaurant asking about the chain and “40% sure” Mark’s brother Roger was with them.

The police also interviewed Michael Hosten the day after the shooting and he gave descriptions of three of the men involved. He gave the name “Weaver” as one of them. He did not identify any one from photos or a lineup that day.

Police interviewed Anthony Cooke at the hospital the day after the shooting. That day, he described the shooter in a way that did not at all resemble Mark Schand. When he was released from the hospital the following day police questioned him again and he gave a completely different description of the shooter. Cooke never identified Schand until seven months later when Cooke saw Mark Schand in the pre-trial area of the York street jail. He called his attorney who also represented the Stokes brothers and made an identification of Schand as the shooter.

Kenneth Whitted testified at the trial to cast doubt on a remark one of the detectives said that Mark had made when he was arrested. In professing his innocence Mark told the detective that he had only been to Springfield once in his life. Whitted falsely testified that he had seen Mark in Springfield three times and included specific details to make his testimony believable. He later recanted.

Mark Schand’s murder conviction was based on six eyewitnesses, all of whom were career criminals using and selling drugs. Half of these eyewitnesses recanted their testimony acknowledging that they falsely implicated Schand in order to save themselves from long prison sentences.

Mark Schand’s alibi.
On the day of the murder Schand underwent a major dental operation, the type of which would have kept him in severe pain for days. Schand also had six alibi witnesses who placed him in Hartford, CT, 30 miles south of Springfield, at the time of the crime.

Centurion’s investigation.
In 2010, Jim McClosky and Richard Hepburn began to re-investigate the crimes at the After Five club on behalf on Mark Schand. They found evidence in Hartford, CT police files (who assisted the Springfield police) that would have been exculpatory for Mark Schand. This information also suggested that Randy Weaver, who resembled Mark Schand and was named by Holsten as the perpetrator early in the investigation, was guilty of the crimes.

On October 15, 1986, before Mark Schand was arrested, Hartford police officer Nicholas Russo reported to Hartford police Sgt. Faggaini that he had caught Randy Weaver and another youth dealing cocaine from a van fitting the description of the one involved in the After Five crimes. He offered to hold the van for photos if Faggaini thought it would be pertinent.

Centurion followed up on this new information by interviewing Randy Weaver, who owned a blue and light grey custom van, and closely resembled Mark Schand at the time of the crimes. In the recorded interview, Weaver admitted that he had changed his appearance after Mark Schand’s arrest and made statements that led Centurion to discover three more new witnesses from Hartford: Martin Sailor, Lonnie Keith and Tracy Fisher. Weaver and the others all admitted to being present when the crimes were committed. All knew Mark Schand, or knew of him, and told Centurion’s investigators that Mark Schand was not there and did not participate in the crimes.

Free.
With this new evidence, Mark’s attorneys John and Linda Thompson filed a successful Motion for a New Trial. After completing his own interviews with the witnesses Centurion found, Hampden County District Attorney Mark Mastroianni filed a document saying he did not oppose a new trial. Superior Court Judge C. Jeffrey Kinder granted a new trial on October 4, 2013, in Mark Schand’s 1986, murder conviction as well as a motion for Schand’s immediate unconditional release. The prosecution dismissed charges on October 16, 2013. In 2015, Mark Schand filed a civil suit in U.S. District Court, suing the city of Springfield, the Police Department, and the detectives that put the flawed case together against Mark.

“It’s been a long, hard road for Mark Schand to prove his innocence,” said Centurion’s founder Jim McCloskey. “We at Centurion feel gratified that, after 27 years, we were able to help him secure his freedom.” Today, Mark and Mia Schand live in Connecticut near their adult children and their grandchildren. They are a close knit family. Mark has opened three smoothie shops in CT, as the first step in starting an organization to help parolees. Mark also gives talks about his experiences with the Criminal Justice System.