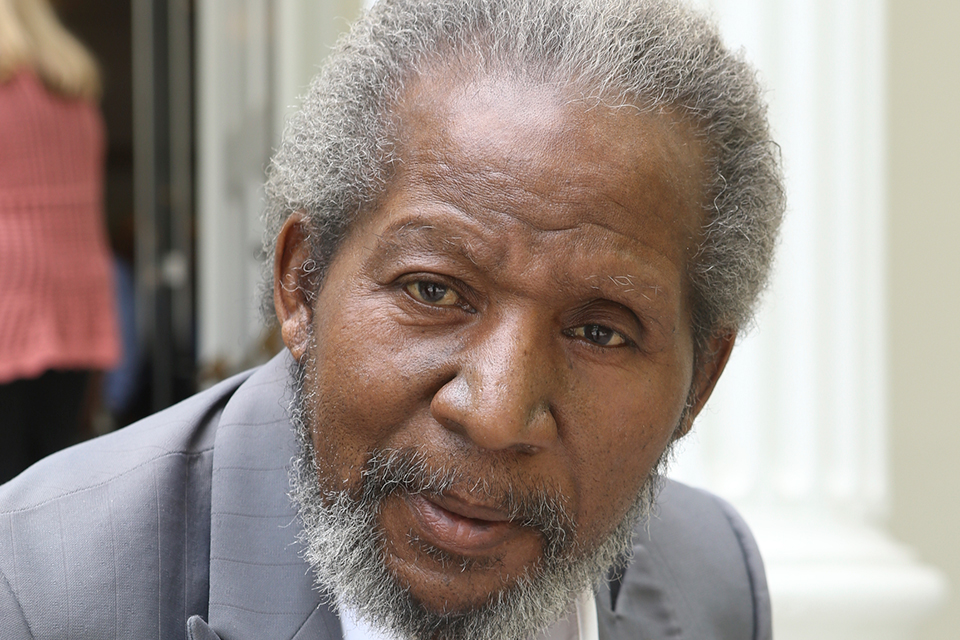 Jim McCloskey’s Tribute to Clarence Lee Brandley on his passing:

At the age of 66 Clarence died this past Sunday September  2, 2018 of pneumonia which  overtook him  due to his  failing health of recent years. As you will  understand  from the below described account, Clarence Brandley was one of the bravest men I’ve ever known.  He never panicked and stood calm and  strong as a rock in the face of almost certain knowledge that he very well might be executed for a crime he did not commit. He came very close to that fate; and faced it with a quiet dignity and courage  that inspired all of us feverishly  working to save him.  His coolness under fire kept our hand steady on the till..

I first met  Clarence on Texas’ infamous death row  the first week  in  February 1987 .  Since his arrest in September 1980 for the murder of a high school girl in Conroe, Texas ( 50 miles north of Houston) ,  all of his appeals had been denied and he was to be executed six weeks later  on March 26, 1987.

His brother,Ozel, happened to be watching the Today Show from his home in Houston when Nate Walker and I were interviewed shortly after Paul Casteleiro and I had exonerated Nate  in November 1986.  Ozel  asked me to come down to Texas and help free his brother who was scheduled for execution in several months.

Kate had just joined me at  that time. Needless to say this appeal got our immediate  attention.  Up until then I had only worked on New Jersey cases with life sentences.   Over the course of the next  several months we  obtained the records of the case and were provoked by the possibility of his innocence.

Kate and I decided  to take a leap of faith and  join the battle to save Clarence.  The Clarence Brandley case took us national for the first time.  Fortunately I was immediately accepted by Clarence’s Houston  attorneys , Mike Degeurin and Paul Nugent, when I presented myself to them in early February. I learned later that they decided  to take a chance on this guy from New Jersey  because  they were out of options.  They  figured they had nothing to lose; and besides that the clock was ticking.

Miraculously , with six days to go   we obtained a stay of execution on March 20 .  We had convinced an eye witness to the crime, John Henry  Sessum, to  come forward  and  not only recant his prior testimony against Clarence, but  also  to name the real killers in his video affidavit.  Nervously John told his story on 60 Minutes  in early April  ; and with that the state’s case fell apart  when  other witnesses , inspired by John,  also revealed what they knew for the first time.

A judge heard the new evidence and  found  that Clarence deserved a new trial. It took another two years for the DA’s appeals to run their course.  Finally,  after 10 years confined to his  death row cell  and coming within six days of  a wrongful execution,  we literally walked Clarence off of death row on  January 23, 1990.

Life was not  easy for Clarence during the last 28 years. He tried  his hand in different pursuits including  becoming  an ordained Baptist minister.  He was a private man who kept his wounds to himself.  During the last decade or so of his life he lived  a very quiet life in the country with his beloved companion Dorothy Moore. That said,  Clarence was well known in the anti-Death Penalty world. For many years he was invited to participate on speaking panels in the US and Great Britain. With his passing he now rests in peace with his Lord who I am sure welcomes him to an eternal life free of  worldly injustices and full of unconditional love.

He Centurion family will miss him deeply.

His case is profiled in the book White Lies  by Nick Davies.  In 2002 the story was in theaters, Whitewash: Clarence Brandley Story.